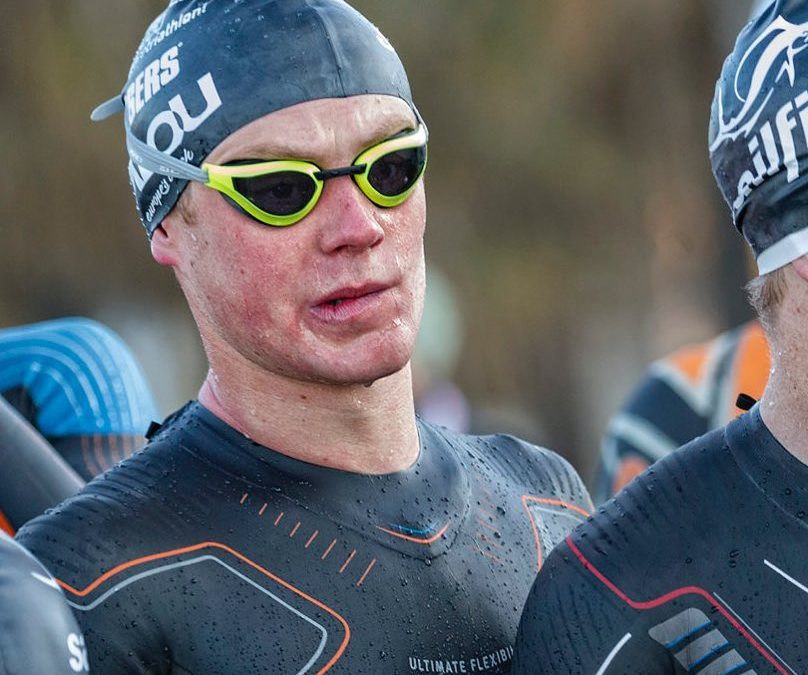 Well after the high of Challenge Salou I was going into this with high expectations. I had  a couple of days out before the race giving me a chance to take a look round the course, and consume my own bodyweight in food at the all – inclusive buffet provided in the hotel, after we had landed of course!!

The wind was pumping, and it took the pilot three attempts to finally get us on the ground. It would have been a bit of a nervous situation, had it not been for the 4yr old child on the plane belting out ‘Fire, fire! Call the engine’ at the top of her lungs, providing a bit of comic relief.

So onto race day – standing on the start line there was mass confusion over the swim route, as the swim buoys weren’t as advertised the day before, but before we could clarify where we were going, the gun had gone and we charged into the unknown.

So I led out into the sea, and round the first lap I led out onto the beach. Back in and that’s where the trouble started. I decided to take the scenic route to the exit, meaning that I ended up out of the water in third. Not a major disaster but a bit of a setback.

The bike- 1900m of climbing!! Enough said! It was either smashing myself up a hill, or bombing the downhill, tucking in, aero as possible, hoping that the crosswinds didn’t take me down hitting a top speed of 90km/h.

Onto the run. Hot and hard, with a 200m climb and descent of 20% 4 times through cooked the legs, but I was pleased to close down a couple of the guys ahead to cross the line 6th. Not my best day, but a solid day out and a massive improvement on where I was on this type of course last year.

Next up Challenge Lisbon in a couple of weeks time.