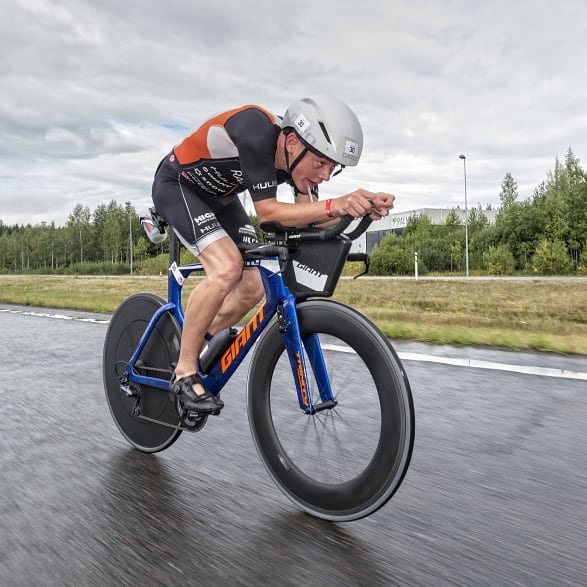 So 2018 is over, and what a year it has been. To be honest it was a season of two halves. It all started off with the British duathlon champs. All in all a race I was fairly pleased to take 11th place with a strong field, and a style of racing not particularly suited to my strengths, but an encouraging start none the less.
From there I headed out to Melilla for my first European cup of the year and to be honest it was one to forget.

Hoping to move on quickly I had a number of races in quick succession, however again they were all a bit average. Neither here or there- it included:
-A race out in France for Besanscon where I came 31st
-Cardiff triathlon
-Blenheim British sprint distance champs -11th

My highlight of those few weeks included taking the win at Eastbourne Olympic distance tri. A stunning race that I would certainly head back to, with a challenging but scenic bike leg, and an off road and again equally tough run.

Then it was time to knuckle down for a couple of weeks of mid season training, before going into the second half.
However I needed a change of focus. I could see my current racing wasn’t cutting my own expectations and I knew I had much more to. Give, so I bit the bullet and did my fist middle distance race of the year at Hever castle, in the British middle distance champs. In the end, 3rd was the best I could achieve, in very tough conditions, but I could see there was much more potential at that style of racing.

The next weekend though, it was another step into the unknown, as I headed to Poland for the super league qualifiers. A format of racing that I was really excited to have a go at, and what an event it was! It all started with the ‘triple mix’ format, where we raced short distances but in different orders to a traditional triathlon

The first race was SWIM-BIKE-RUN, and the pace was on from the start! With only 5 places to the Superleague series, everyone was giving it their all. Onto the second race, and it was reversed- so RUN-BIKE-SWIM, and I got shelled from the front group on the run and then spent the rest of the leg trying to play catch up. I knew the third race was going to be hard to hang on, as you start with your deficit from the second race, so I was on the backfoot from the start. Anyway, BIKE -SWIM-RUN was the plan, and I made it into the water before I was eliminated due to the 90 sec cut off. Recovery was the name of the game from there- and onto the second day of racing where we did 3 Triathlon’s back to back. I held on till the last leg, and managed to get 8th overall. Not quite enough to get the golden ticket, but a wicked weekend and I’ll definitely be back next year better prepared.

Back to my middle distance exploits and I had a string of solid results:

The highlight had off this block had to be out in Turku, where 2014 world champ Sebastian Kienle was racing, and I managed a solid swim, and was leading the bike up until 60 km where he came past. Although I faded slightly on the run, that race really cemented to me that I have got a place against the top boys, and with that in mind it was onto the last couple of races of the season, where I targeted PRO Challenge Peguera Mallorca where I finished 5th, and then the ITU European Middle distance champs out in Ibiza, where, in a race that was far from textbook, I came 6th. I was slightly disappointed with that considering I had led out the swim, but I’ll be back next year for another shot at the podium.

I’d just like to say a massive thanks to all those who have supported me this season and helped me achieve these results:

Racehub & Giant bikes – for letting me ride the Trinity and Propel for racing this year
Parcours wheels – with their Passista and Chrono wheelsets
Vittoria tyres – the fastest tyre around, racing on their Corsa speed tyres
CEP compressions for keeping my feet in one piece and letting me bounce back from race to race
Skechers trainers – for my awesome race shoes
LTPC for coaching and awesome training partners
Huub – for their super fast wetsuits and trisuits

For now it’s back to winter training, but I’ve already got some exciting plans for 2019 and can’t wait to get back to it